Summary of the Guatemala Earthquake 1976

The quake measured 7.6 on the Richter scale and lasted 45 seconds. It was 90 times stronger than the earthquake that leveled Managua, Nicaragua in 1972. Over the months that followed, there were 1,000 to 1,500 aftershocks, many perceptible, and some as strong as 6.0 on the Richter scale.

The fault zone stretched from the towns of El Progreso and Joyobaj in the North to Tecpan, Patzún, Patzicía, and Comalapa in the South.

See the photo essay “Earthquake in Guatemala” from the June 1976 issues of National Geographic magazine.

Analysis of the earthquake

Geologists report this was a strike-slip fault. The quake made a clean cut from east to west, sliding the north area about five feet to the west. Railroad tracks and highways which crossed the lightening bolt of a scar were left askew about five feet. The energy of the earthquake acted like a whip. The epicenter was north of where I was in the Chimaltenango district, but as the energy of the earthquake moved along the fault, it increased in intensity and the end of the whip “cracked” in the center of the triangle formed by the towns of Patzicía, Tecpan, and Patzún. 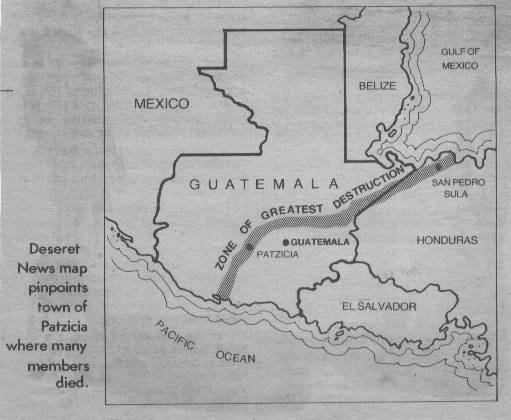 Map of the Guatemalan earthquake in 1976 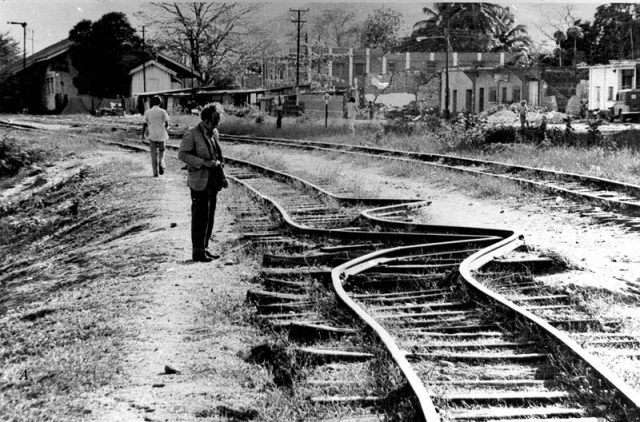 Railroad tracks that were kinked and offset approximately 42 inches by the Motagua fault, which is perpendicular to the tracks. This is one of numerous places where the main railroad line between the coastal port of Puerto Barrios and Guatemala City was disrupted by the fault. Click the picture to see a larger image. 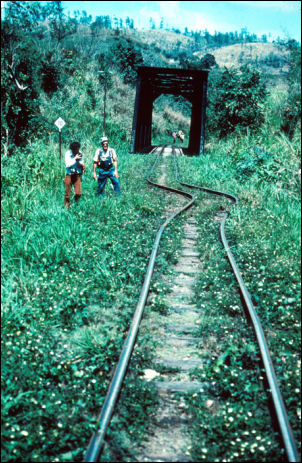 This whip action also made the ground jump in the air. When the jolt threw the Patzicía church up in the air, the roof became detached from the beams that supported the roof. While it was in the air, the ground shifted, and when the roof landed it was about three feet behind where it was before. This turned the beams, and being on their side, they were not strong enough to support the weight of the roof. They bent in the middle and one of them came down on Elder Ellsworth.

Patzicía church after earthquake in 1976. 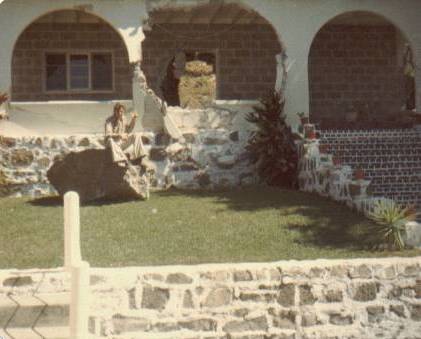 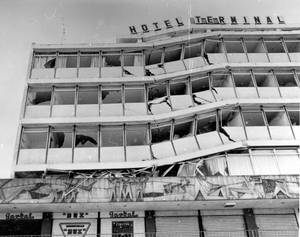 The Hotel Terminal in Guatemala City 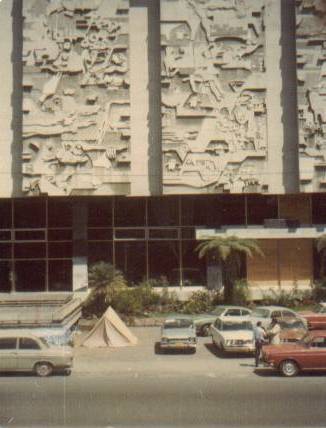 In Guatemala City many days after the earthquake. (Did they think the tent would keep them safe if the building toppled?)

Return to the story “LDS Missionaries in the Guatemala Earthquake of 1976,” page 1 or page 2.