Post-mission Work Among the Cakchiquels

The lessons I learned on my LDS mission and the experiences I had greatly influenced my life and guided me to choose my career.

My work among the Cakchiquels

In February 1975, four months in to my mission, I was assigned to work among the Cakchiquel Indians in the central mountains of Guatemala. A linguist from BYU came down to Guatemala and taught a dozen missionaries a few weeks of Cakchiquel, then left us on our own to learn the language. A few of us really got into it, and by the end of my mission, the Church asked three of us to translate the official missionary discussions.

In his history of the Church in Guatemala, my mission president wrote the following: “Three exceptionally dedicated elders who had learned to speak Cakchiquel well, had been chosen to start simplifying and translating the discussions which were too lengthy and complicated for teaching the Indians. They were also asked to prepare guidebooks, and to initiate a language training course for missionaries learning to speak the Indian languages, beginning with Cakchiquel. These missionaries, Elder David Frischknecht, Elder [Julio Salazar] and Elder Larry Richman, were nearing the end of their mission, so I requested their term be extended.” (Pioneer in Guatemala: The Personal History of John Forres O’Donnal, Shumway Family History Services, Yorba Linda, CA, p. 148.)

I returned home at the completion of my two year mission, but Elder Frischknecht’s mission was extended. I returned to BYU after my mission in the fall of 1976 and worked part-time for the Church translation division.

David did the initial translation with Julio Teleguario (a native Cakchiquel speaker from Patzún) and I typed the translations and reviewed them with a group of Church members from Patzicía. It was an intense project, working day and night. That summer, we translated the Selections from the Book of Mormon, a number of sections from the Doctrine and Covenants, and many hymns. 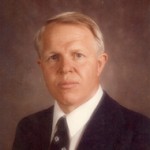 Read a tribute to Dr. Blair by Julio Salazar after Dr. Blair’s death. 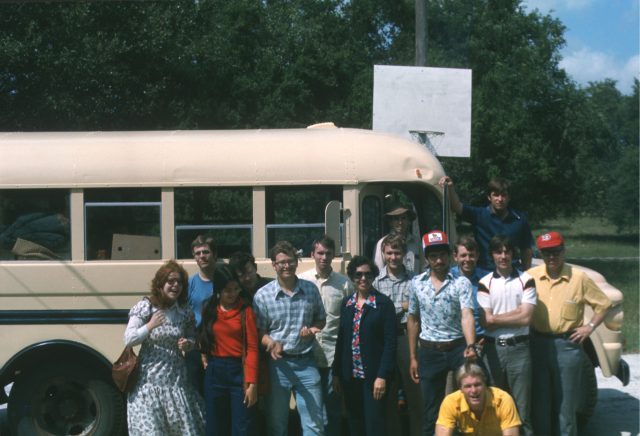 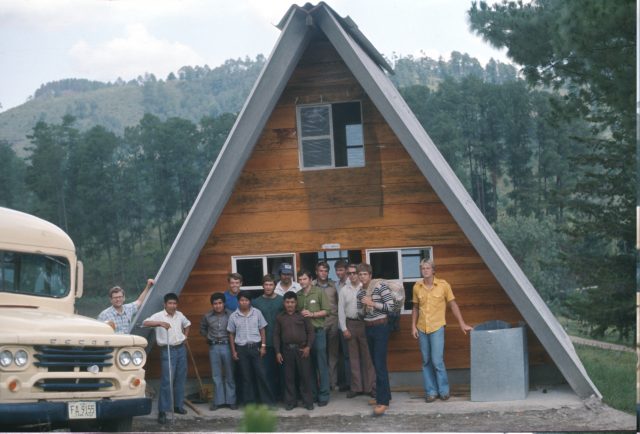 Julio Salazar, Greg Sansom, and I worked on a Cakchiquel-Spanish-English dictionary, along with native speakers Juan Yool and Alejandro Choc. 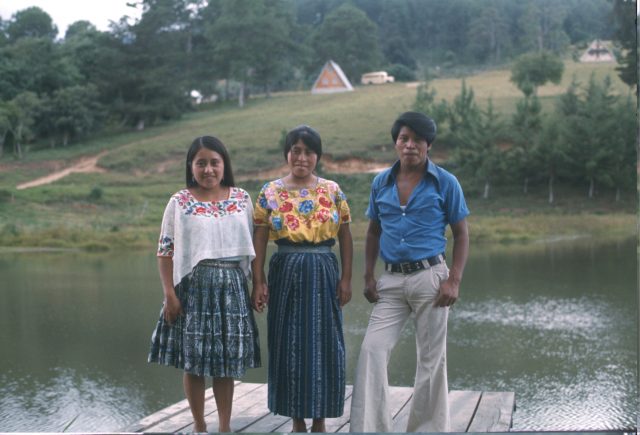 Upon returning to BYU, I spent the next several months editing the Cakchiquel manuscripts and
preparing a trilingual Cakchiquel-Spanish-English dictionary. In 1981, the Diccionario Español-Cakchiquel-Inglés was published by Garland Publishing, in New York City.

Read the trilingual Cakchiquel-Spanish-English dictionary Diccionario Español-Cakchiquel-Inglés online at the links below.

Read a guide that explains how to change the orthography used in this dictionary to the new orthography established by the Academia de Lenguas Mayas de Guatemala (Guatemalan Academy of Mayan Languages) which was founded in 1990 and standardized the orthography (spelling) of the Guatemalan languages, effectively changing the spelling of “Cakchiquel” to “Kaqchikel.”

If any missionary serving in Guatemala would like a photocopy of the dictionary, please email info@centurypubl.com to request a copy.

After the dictionary project was completed in the summer of 1978, I stayed in Guatemala to conduct some in-depth grammar studies, which were later published in linguistic journals.

After the dictionary project was completed in the summer of 1978, I stayed in Guatemala to  collect some Cakchiquel folklore. I interviewed several Cakchiquel Indians in Patzún and Tecpán, and made audio recordings as they recounted their tales in Cakchiquel.

I transcribed the recordings, then translated each story into Spanish and English. I tried in the translations to retain much of the flavor of the Cakchiquel original.

I eventually published the Cakchiquel stories, with their Spanish and English translations, in a little book Tales of the Cakchiquels: Trilingual Collection of Folklore from the Cakchiquel Indians of Guatemala. The book is available through Century Publishing.

The book has three purposes. It can be useful to students of the Cakchiquel language since the original stories are transcriptions of native Cakchiquel speech, and English and Spanish translations are included to help make the meaning clear. Secondly, these tales should be helpful to anthropologists and others who are interested in a deeper insight to the Cakchiquel Indian culture of Guatemala. And finally, anyone who appreciates folklore should find this book interesting.

After the dictionary project was completed in the summer of 1978, I stayed in Guatemala to take  photographs of Cakchiquel people and places for the Church to print flipcharts to accompany the missionary discussions. These missionary flipcharts with Cakchiquel pictures are available online.

During the summer of 1978, after the dictionary project, I stayed in Guatemala a few months to make Cakchiquel audio recordings of Church materials. I was hired by the Church (see approval letter) to find a studio and Cakchiquel speakers to record the Gospel Principles  manual, the Selections from The Book of Mormon, and the  Book of Mormon Stories.

These audio recording were an attempt to address the educational dilemma described on the About Guatemala page. Because many of the people are illiterate, or if they read, are unable to read their native language fluently, the Church has made audio recordings of some of the Cakchiquel translations so the people can listen to them.

After much searching, I was able to find two native Cakchiquels who could read fairly fluently—a member of the Church who was finishing up high school and a teacher who was not a member of the Church. I rented a recording studio in Guatemala City and spent about a month recording. It then required a lot of editing at BYU Sound Studios.

In 1979, I was hired by the Missionary Training Center in Provo to write the manual  Culture for
Missionaries: Guatemala Indian to help LDS missionaries understand the cultures of the native peoples of Guatemala. Review copies were sent to the current and former mission presidents (Willard I. Skousen, Robert B. Arnold, and John O’Donnal). After clearing Church Correlation, the manual was published in 1980.

Translation of the Temple Ceremonies into Cakchiquel

I translated the initiatory ordinances, endowment, and sealing ceremonies during August and September 1979. They were later reviewed by David Frischknecht in December 1980. During the latter part of May 1991, I worked with two native Cakchiquel speakers (Rigoberto Miza and Martin Per) to  complete the native language review. During those two weeks, they made many revisions which improved the readability and understandability of the translation. Rigoberto and Martin were a good team, representing two different dialects and two age groups (two major concerns with the Cakchiquel translations). There was a good spirit about the work. During that time, they had the added benefit of two Quiché natives (Angel Chavez and Vidalmino Sarate) and two Quiché speakers (Alan Christensen  and Hugh Biesinger) who were also in Salt Lake working on the Quiché translations. Since Quiché is a sister language to Cakchiquel, they were able to consult and share ideas, which were most helpful. The translations were certified on June 4, 1991.

Another review of the translation was done with the help of two Guatemalans who came to Salt Lake the week of February 24-28, 1992.

The following cast members traveled to the Salt Lake Temple for the recording beginning June 8, 1992: Martin Per Toj, Santos Per Mich, Felisa Holegario Choy de Choc, Rigoberto Miza Moxo, Ruben Meren Ajsivinas, Rolando Mich Cua, and German Tun lxem. The week prior to the recording, Martin Per Toj and Rigoberto Miza Moxo came to assist with the final review of the translation.

One session of general conference was interpreted into Cakchiquel, Quiché, and Kekchi every six months from about 2003 to 2005. Translators and interpreters included David Frischknecht, Larry Richman, Julio Salazar, Fulgencio Choy, Martin Per, Feliciana Xocop, Elma Misa, Greg Sansom, and  Gary Larson. In about 2005, processes were set up in Guatemala for people in-country to interpret and have that interpretation transmitted by satellite to the various towns. 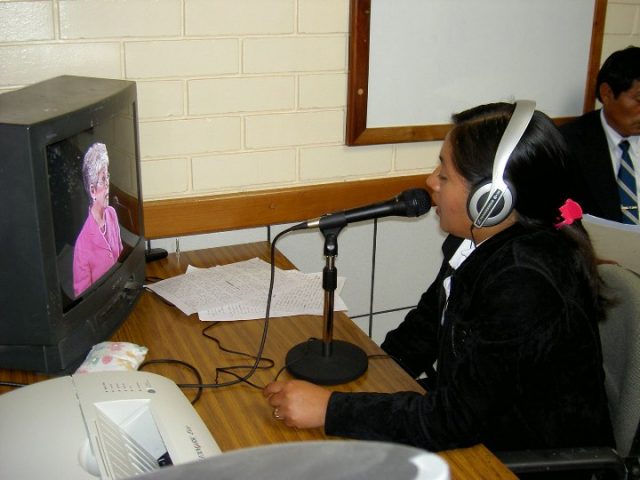 When I returned to BYU after my mission, I changed my major from business to Spanish and linguistics. I wanted to improve my ability to communicate in Spanish and I was intrigued with linguistics. I was searching for ideas and projects I could be involved in to help the people of Guatemala. I believed the words of President Spencer W. Kimball when he spoke of the Lamanites in general conference: “[They] can rise to the loftiness of their fathers when opportunity has knocked at their door a few generations. If we fully help them, they can eventually soar to greatness. The ungerminated seeds are waiting for the rains of kindness and opportunity; the sunshine of gospel truth; the cultivation through the Church program of training and activity, and the seeds will come to life, and the harvest will be fabulous, for the Lord has promised it repeatedly…” (Conference Report, 1954, pp. 103-8.)

After I got my B.A. in 1979 , I entered BYU’s Ph.D. program in Instructional Science, expecting to get involved in the business world with language learning systems.

In 1980, the Church offered me a full-time position in Salt Lake City and I have been involved with translation and non-English publications ever since. For a number of years, I supervised translators in Latin America (native Indian languages) and Africa.

After that, I was the manager of the Scriptures and Production Coordination division of the Curriculum Department, which was the project office that coordinated Church materials. My job was to make sure that printed publications, internet projects, interactive multimedia products, software translations, satellite broadcasts, videos, and general correspondence were properly approved, written, edited, designed, translated, printed and distributed worldwide. We managed 8,000 projects through these stages in 185 languages.

I was the project manager for a multi-million-dollar, three-year project to create a master tracking and information system for use by about 500 employees in the various functions at Church headquarters and in the 27 language translation offices, 14 production centers, and 41 distribution centers.

I have been back to Guatemala a number of times since spending the entire summer there in 1977 and 1978. 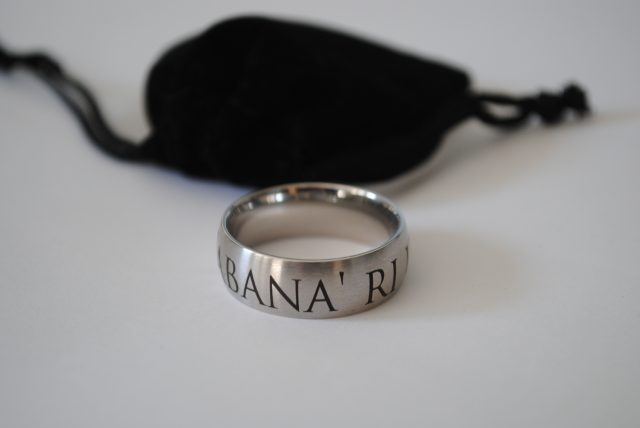