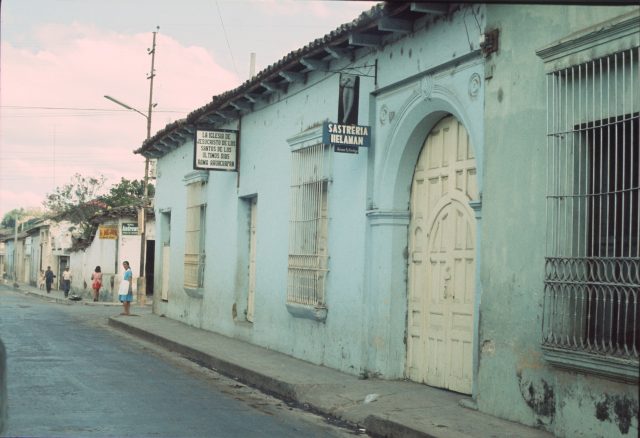 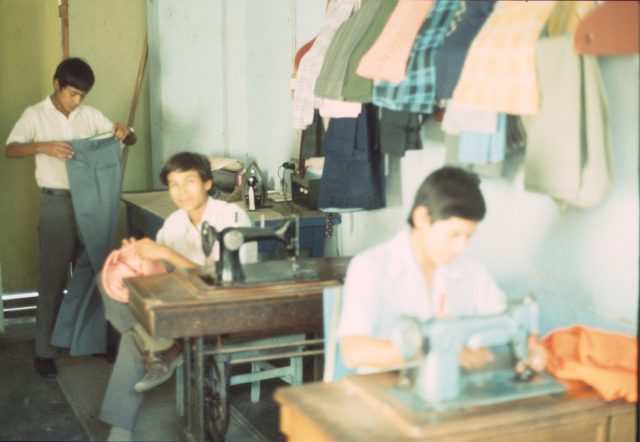 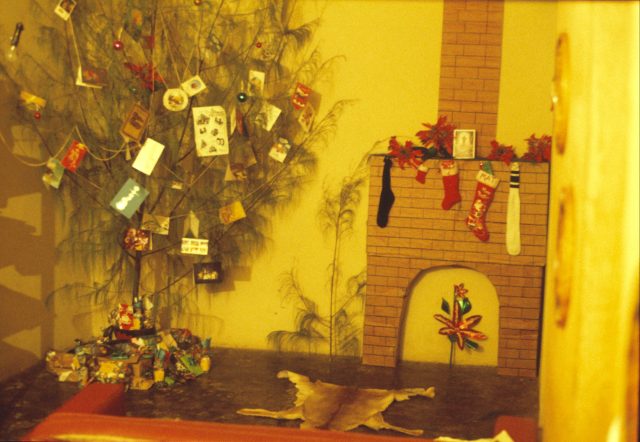 Christmas at the missionary apartment in Ahuachapan 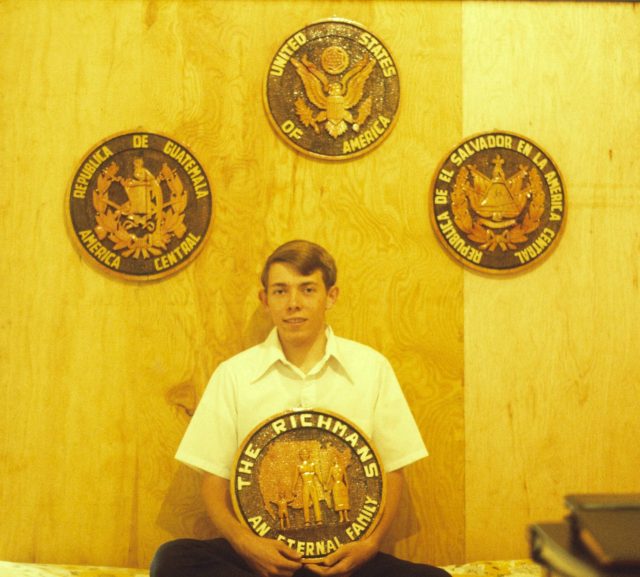 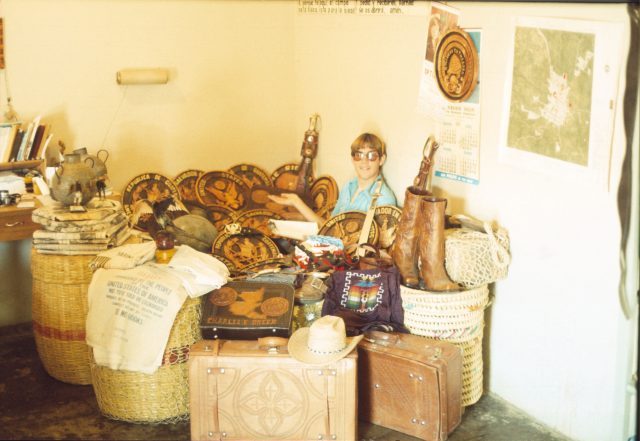 Escudos and leather goods ordered by missionaries in the zone 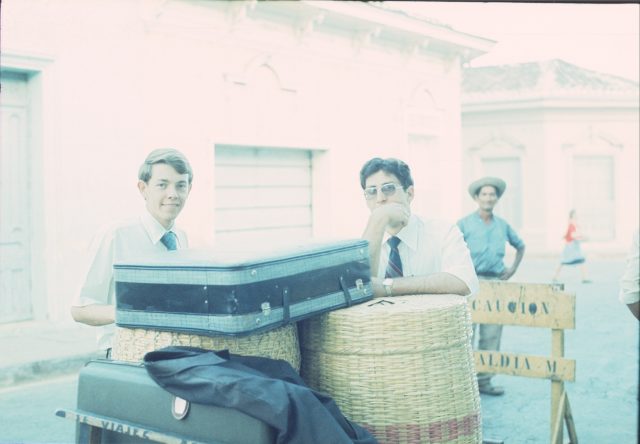 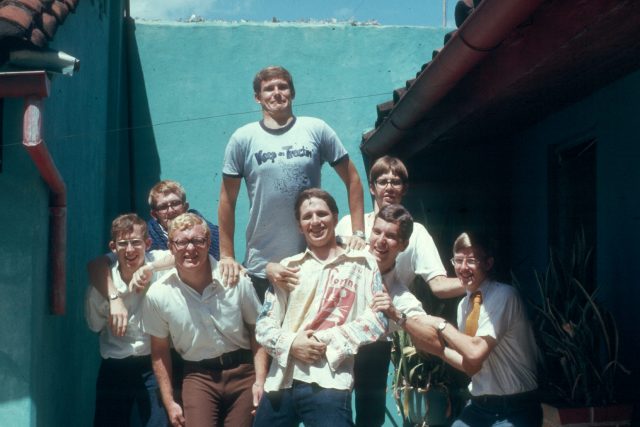 Missionaries (Mathew Greer in back row on the right) 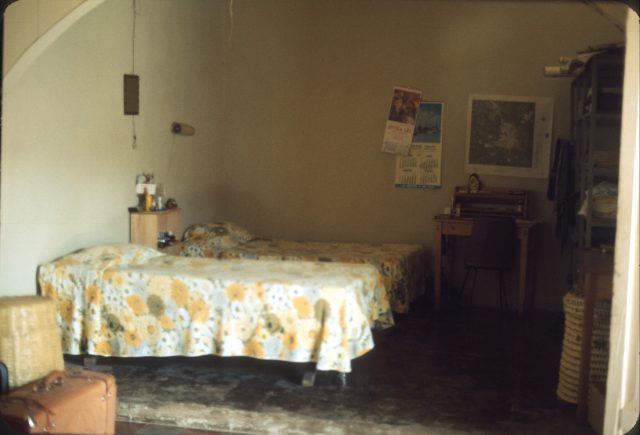 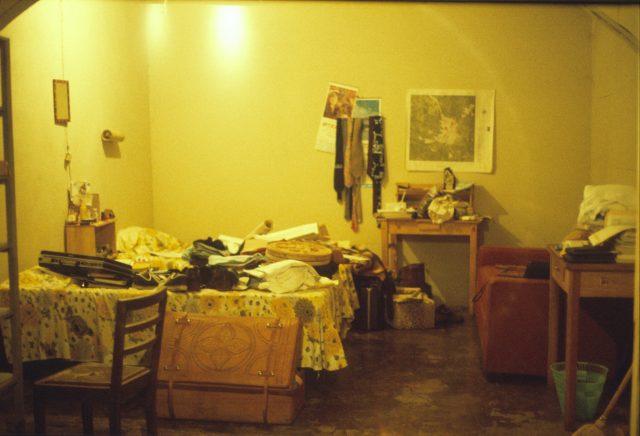 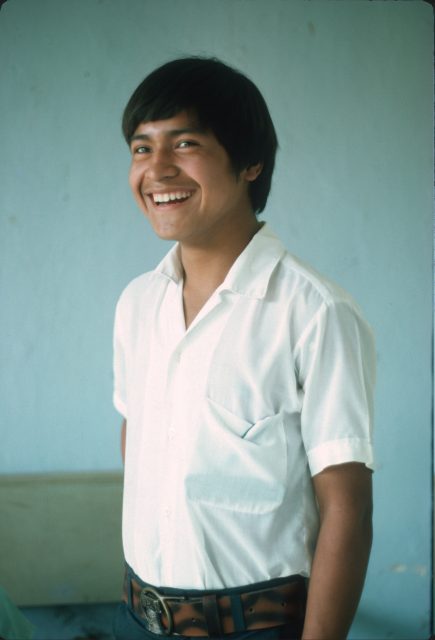 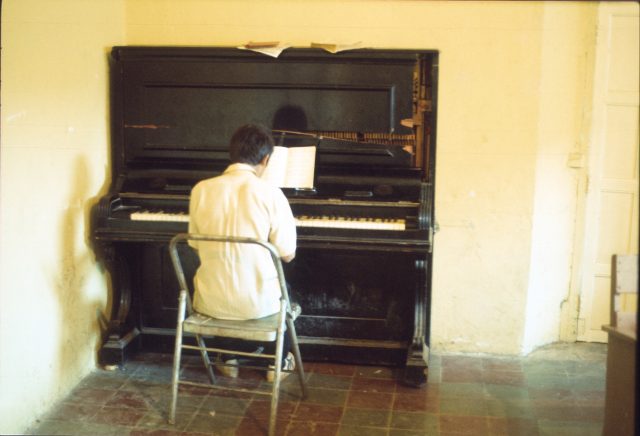 Rutilio Sintígo learning to play the piano at the church

The week of March 14, 1982, I received a letter from Dalila Síntigo. Her husband was just ordained a bishop and she was the ward Relief Society president. She said that even with all the trouble in El Salvador, they were happy. A few weeks later, I got a letter from Rutílio. He was living in Van Nuyes, California. I tried to find his phone number to call him but could not.

Out of the blue, on April 23, 2018, Mathew Greer sent me a friend request on Facebook. Mat was my first missionary companion in Ahuachapán, El Salvador. I responded, “Thanks for the friend request. Are you the Mathew Greer who was my senior companion in Ahuachapán from October 5 to December 27, 1974?” He answered, “Quehuvole! That would be me, my friend. I found your blog recently and was flooded with most excellent memories of my time with one of the best new missionaries I had the pleasure to work with. Hope your life is excellent! We just returned from a beautiful time in the Mexico Xalapa Mission and loved it! Senior missionaries are the best! #justserve”

I responded, “What a pleasure to connect with you after all these years. I remember going to your wedding reception shortly after I returned from my mission, but I haven’t seen you since. I assume you saw your picture at http://larryrichman.org/mission/companions-lds.html.”

“My life is excellent. I stayed close to Guatemala for years, involved in translation work among the Indians there. I’ve been back to Guatemala many times, but only returned to El Salvador twice. I have pictures of the Síntigo family from Ahuachapán. I’ll have to find them and post them at http://larryrichman.org/mission/ahuachapan.html.” 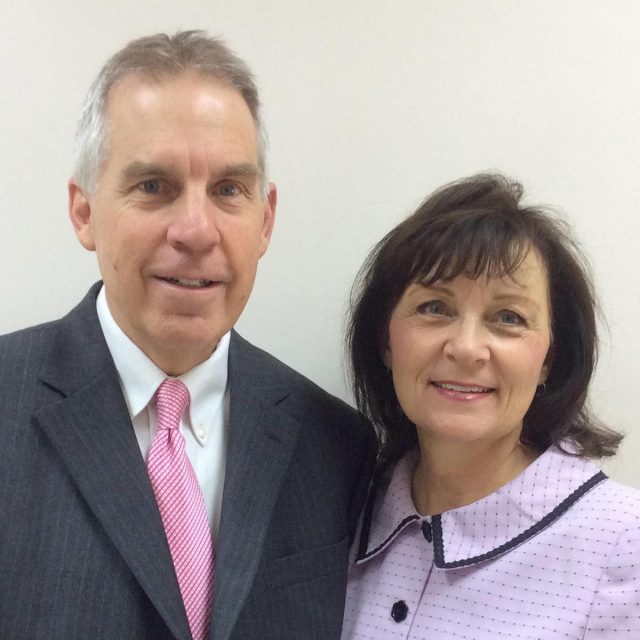 After posting the pictures, he responded, “Too many most excellent memories! Thanks for being a part of who I have become through experiencing your dedicated example. Happy Sabbath!”

Mathew and his wife served as mission president in the Mexico Xalapa Mission, July 2014–2017.

On March 17, 2019, I received the following email from Mat. I had just sent an email to Area Presidencies and Mat and his wife are serving as the executive secretary to the Caribbean Area Presidency.

And how did you know you could find me down here….? Sister Greer and I are just starting our 18 months working in the area office as exec secs. I was thrilled to see your smiling face attached to this memo, usually you are attached to the Guatemala/El Salvador web page, so it was a treat to see you!

Just wanted to say hi, and to remind you that you are part of some very fond memories, even if I did try to walk you to death in Ahuachapán! (I never was the most organized missionary there was, maybe that’s why the Lord called me here….)

Nice to hear from you! I also have very fond memories of Ahuachapán. Of all the companions I had during the mission, you stand out as one of the best. Thanks for your great example of dedication that got me off on the right foot for my entire mission!

And for the record you were the best new companion I trained. I loved how absolutely teachable you always were, and I’m sure that attribute has served you well. I am under no misconception to think I was anything special as a missionary, but notwithstanding my weaknesses now we have the opportunity to give a bit again, and we are unbelievably blessed to be called to work with Elders Gonzalez, Alonso, and Gavarret—as observers basically. This continues to be a tutorial adventure for both Terri and I, and we love it.

So, get out there as soon as you can, you will be amazed how needed you were when you get to where you are sent. I am eternally grateful that the Lord blessed us with the ability to go out some 5 years ago! Keep the faith my young friend!

Gratefully Sent from our iPad